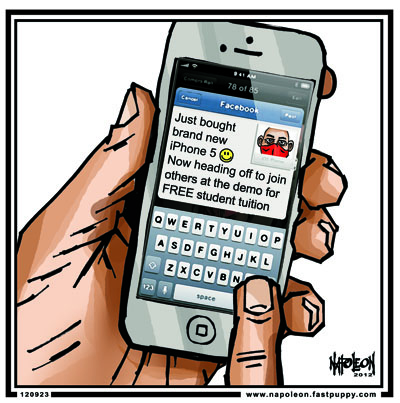 The rush to buy this newest, rather costly toy was surely joined by some of the Quebec university students who spent the past year fighting for free tuition.

Read other posts by Napoleon →